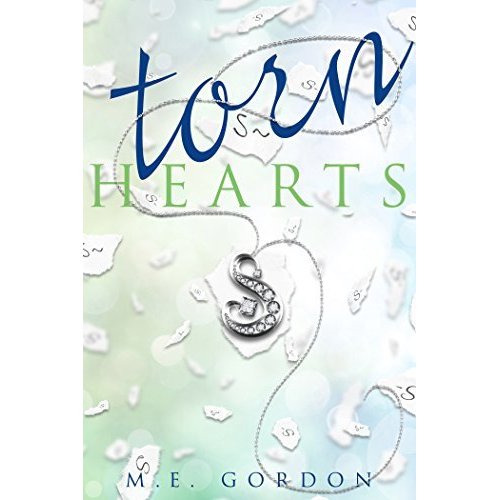 Chuck and Teddy Monroe have lived in the spotlight ever since they took over their parents business. Their little sister, however, has always avoided it. Elizabeth has her heart set on working at the Library of Congress. That’s why she’s going to college in DC after all, instead of back in New York. She craves the quiet happiness that only books can give her, and she has it until two men enter her life and turn it upside down. Soon Elizabeth’s heart is torn between them, a well-known playboy and a quiet photographer. The media are closing in fast and Elizabeth doesn’t know who to trust. There are some pretty big decisions to make, and no one can make them but her.

M. E. Gordon’s premiere work goes all out. Elizabeth is a delightful character, who embodies exactly how the average woman would react when faced with this situation. No stone is left unturned as Miss Monroe tries to figure out who she wants, and who she can’t live without. The character development is excellent. I felt like I had a good idea of who everyone was in Beth’s life before everything hit the fan, and that definitely helped me make sense of the chaos that was going on due to the dual suitors. As this is a romance, I would be remiss if I didn’t mention the more ‘heated’ moments, and I think they were done wonderfully. Not too long and not too short, and they added to the storyline and the character building. The mystery element is done very well. After every twist, I thought I had it figured out when BAM! something new would crop up that would totally change my mind. When I finally reached the end, I was exhausted (in a good way!), and begging for more.

Based on how it ended, I really hope Gordon writes a sequel (or two, or three). The characters are so rich and layered that I can imagine each of them having their own story to tell, and I would love to read them. My rating is definitely a full five stars.

This book was just released at the end of August, and Gordon was nice enough to send me an ARC (Advanced Reader Copy) so I could review it. I do not accept payment of any kind for any of my reviews. If you are an author and you’d love for me to read & review something, send me an e-mail at amanda-at-highlightsandhotchocolate-dot-com, or send me a tweet @Amanda_HHC and I’ll get back to you as soon as I can.

You’re Never Weird on the Internet (Almost) is like a trip to Versailles – that famous French palace with a hall full of mirrors – where all the mirrors are windows into Felicia Day’s life. The widely proclaimed “Queen of the Geeks” – a title she tries not to lay claim to – is fantastically funny, and comes across as an old friend filling you in on life after a long time apart.

I’ve always been a big fan of memoirs – and this is one that I’ve been really excited about – so I pre-ordered it and read it in basically one sitting when it arrived. The little anecdotes from people’s childhood, teenage, and college years are usually hilarious, and the struggles that the authors face in their early adulthood are full of universal self-identification. For me, the self-identification goes back to Felicia’s childhood, growing up homeschooled. Although mine was not nearly as isolated as hers, the imagination growth and creativity flow were always at an all-time high.

The way Felicia bares it all about her early adulthood struggles really impressed and inspired me. At a time when no one was internet famous, she forged new paths and created a world no one else could have imagined. It was revolutionary to say the least: putting a show on the internet and then having it become this great big thing. When I discovered The Guild a couple years ago, it was (and is STILL!) a huge deal. And don’t worry; despite all the ‘geek talk’ in the book, Felicia really takes the time to make everything understandable to even the most un-geek reader.

You’re Never Weird on the Internet (Almost) is most definitely a home-run in the memoir category. Felicia Day’s personality just oozes out in the writing, and if you’ve ever seen one of her videos, you’ll probably even read the whole book in her voice like I did. Definitely a five star read.

Canary introduces the reader to Serafina ‘Sarie’ Holland, a college student living in Philadelphia with her father and brother, and Benjamin Wildey (pronounced will-dee), a police officer who comes from a long line of officers who have worked their hardest to clean up Philadelphia’s streets. After Sarie winds up in trouble for helping out a cute boy, she is forced to become a Confidential Informant for Officer Wildey, reporting on the drug world of South Philly. The book follows her progress as she worms her way into the drug world, only to realize she has always been a part of it. Philadelphia will never be the same.

I won’t lie; I picked up this book simply because of the catchy title and the colorful cover. It turns out that Duane Swiercsynski is a fantastic writer, and for the most part very thorough. This book is written from so many different points of view I nearly lost track. However, he managed to really get into every character so that after a sentence or so you knew who’s point of view you were reading from. Very well written and organized. I loved how human the characters were. They were swayed by emotion, but still intelligent and curious.

My only gripe is the ending. I knew things were wrapping up quickly, but I never would have guessed the direction they went in. The ultimate villain wasn’t developed as much as they could have been and felt like they were pulled out of thin air just for sake of using the character, while some of the minor villains were never explained at all. There was so much going on at the end in addition to Sarie’s confusion over who the actual enemy was, that I was left perplexed as to how we ended up where we did. If you exclude the unexplained ending and lack of showing some of the big scenes that would have helped develop some of the late-edition characters than I would give this book 5 stars. But ultimately the ending was so confusing that I probably wouldn’t recommend it to anyone without some sort of warning label attached.